Here come the Heroes (sic)…the Gods help us all.

Where a hardy band of adventurers new to the vagabond life head out into the great Inner Sea and it’s various peoples, lands, cultures and islands. There’s fortune, fame and experiences to be had beyond the dreams of the average man or woman, and with scant regard to the many dangers and more than likely curious consequences this band will find them or die trying. Keeping a full compliment of limbs optional.

The Inner Sea is a body of water 4300 kilometres from west to east at its longest and 3300 kilometres north to south at its widest. It has many nations and peoples scattered along its coastlines and amongst the many many islands and archipelagos that dot its shining waters. Many of the cultures and peoples owe a cultural debt (both good and bad) to The Armavine Empire located along much of its eastern coast, who up until 300 years previously had ruled the sea and claimed dominion over many of its peoples.

The Armavine Empire then suffered what is now know as The Armavine Civil War at that time, and the Western arm of the Empire had contracted and receded as forces were withdrawn from much of the Inner Sea to assist in an armed struggle that lasted 7 long years and caused the deaths of hundreds of thousands of soldiers, civilians and innocent people. The eventual successor to the Empire was the Empress Armanixes the Third who purged the rest of her Empire of dissenting voices and in the 26 years of her reign she stabilised the Empire, reformed much of its infrastructure and laws making sure her descendants would inherit a stable and united realm.

Subsequent Emperors and Empresses have focused their efforts on maintaining unity and devoting expansion to the vast areas in The Great East, as most though sadly not all Imperial rulers have realised that conquering back the lost Western territories would be extremely difficult and come at too great a cost.

Now a time of comparatively new nations has come, and though the Empire is still a mighty military and economic power, this is an age for new peoples and realms to take their own place and fight for wealth and national prestige on the glittering stage of the Inner Sea.

Citystates like the traders of Ateliket and The Republic of Padiha, the decadent Kingdom of Bassur and the inscrutable sorcerors of The Valheen Magocracy are only some of the peoples vying for their place in this setting.

Tales from the Inner Sea AndyGlen 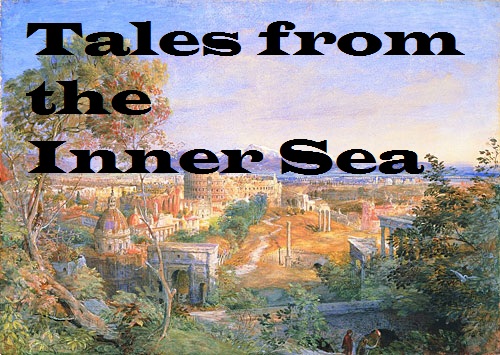 Tales from the Inner Sea Comments

I also advise anyone reading this to look for the work of my favorite author Guy Gavriel Kay as his beautiful writing has given me inspiration on how our own history can be used for creative purposes in this great hobby of ours. In particular the Sarantine Mosaic books are recommended as there are few books I have read that have moved me and inspired me as much as those 2 works have and I thank him so much for that.

I'm sorry, but we no longer support this web browser. Please upgrade your browser or install Chrome or Firefox to enjoy the full functionality of this site.